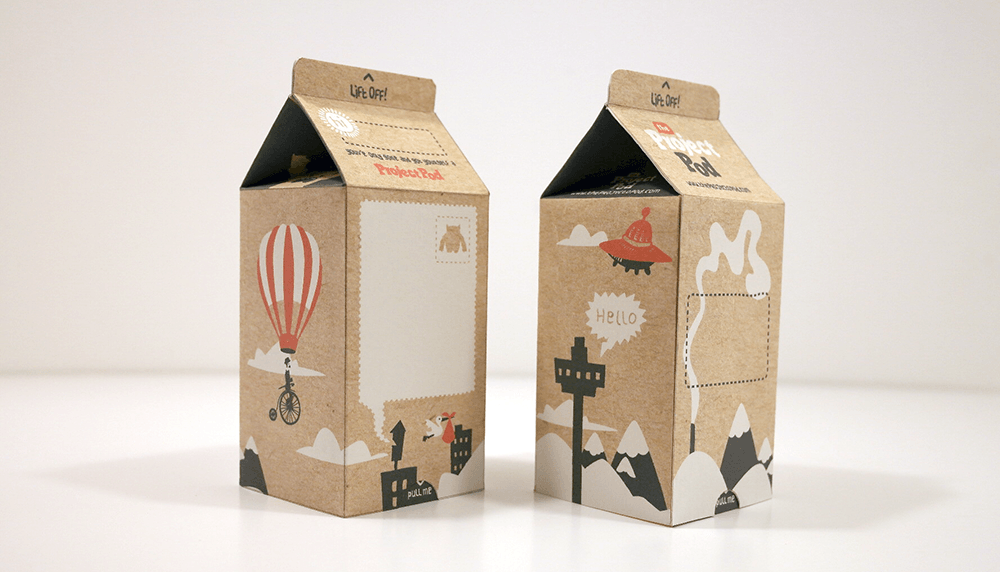 ProjectPod PackagingThe contents of each Project Pod is held within a two-part sturdy card container.

The Project Pod is the creative brainchild of working mums Kate Wilson and Abby Conway. The idea is simple, to deliver all the materials, tools and instructions required for an entire hobby craft project, whilst also upskilling parents and kids to take their new found crafts onwards into new projects of their own making.

Kate and Abby approached Blimp to help them turn their idea into something real, from the design of the brand, the packaging, the craft projects themselves as well as their entire digital and web presence. It was one of those dream briefs we get only once in a blue moon: complete creative freedom to develop and direct a brand from inception to launch.

The 'Pod' packaging would be integral to the overall customer experience, afterall the deliverable 'pod' concept was the core principal of the product itself. It needed to be a light weight, yet sturdy enough container to survive transit through the postal system, whilst also enabling its re-use (or recycled) as part of the carft project itself. After exploring a series of different ideas from slim-line cases, to cylindrical tubes, to 'Toblerone' style boxes, the end solution came about through the teaming up with UK based cardboard engineers Create This, who were able to create a beatiful two part template based on a milk carton design.

The layered structure of the pod not only provided extra strength the package, but also created a whole new canvas for some wonderful graphic and illustration work. The concept that receiveing a pod through the post was something like that of getting a personlised gift direct from Santa's workshop was a key principle behind the whole customer experience. The graphics for the outer packaging would facilitate an address label, a personalised greeting, a protective seal and an overview of the themed contents.

Initially six 'pod themes' were created, which would target different ages, abilities, interests and so on. These were given their own kind of sub-brands which would be displayed on both the packaging via a sticky label as well as throughout the instructions and contents of each craft pack.

On removal of the seal and out layer, the inner container could be opened up revealing the fantastical world of the Project Pod in all its mischievous, messy glory, adorned with recurring characters, background scenes and slogans used throughout Project Pod world. 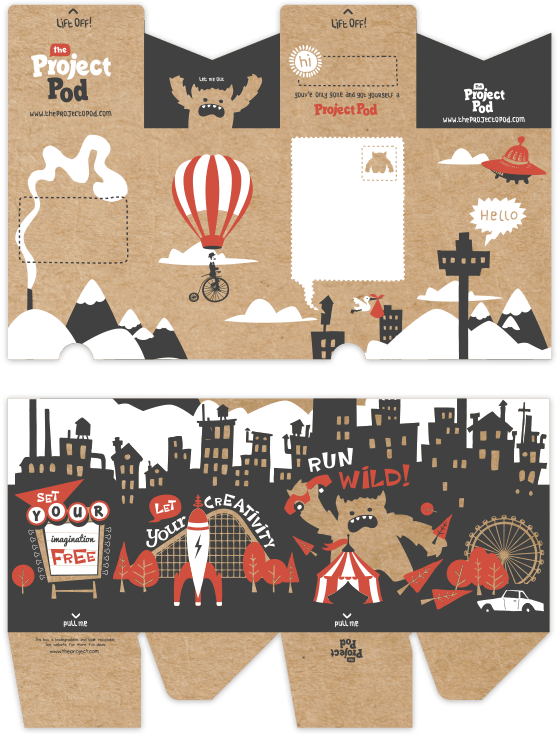